Assertiveness as a Business Tool

Coaching for Growth and Performance

IT for non IT Managers

Promote a Learning Culture SAQA US252041

The Accredited Professional Manager SAQA US252037 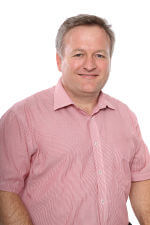 This course covers the outcomes for the following unit standard:

Leading Training is focusing on providing virtual training courses for the foreseeable future and will only consider in-person and classroom training on request, with a required minimum group size of four delegates. We remain committed to offering training that is fast, focused and effective.

Anyone who would like to gain an understanding of the fundamentals of Project Management and who requires an accredited course.

No Project Management experience is necessary.

One needs to have communication and numeracy at NQF level 3 (Grade 11) to meet the entry requirements for this course.